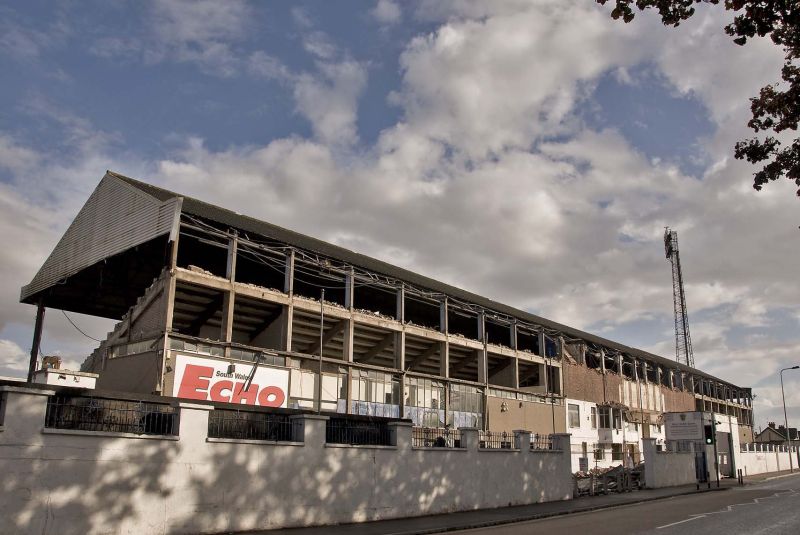 On Thursday, October 22nd the Ninian Park Grandstand roof was demolished. Cardiff City Football Club had moved to a new stadium across the road in July after being at Ninian Park since 1909. Ninian Park is now being demolished to make way for a housing development.

The centre of the grandstand has been there since the late 30s/early 40s. The wings were added in 1973.

Sad day for me as I have been going to the ground since the early 1970s.

Nice one Phillip, a shot for posterity & the clubs archives .... love the shadows of the trees on the wall

Don't worry, it won't be missed even by Cardiff City fans.

I know that, everywhere these mega 'arenas' are spreading, giant boiling pots for the masses... I wouldn't say that this old one here looked beautiful, but its scale was more human than that of modern stadiums.

@MadScientist: Absolutely, it had character.

I found once the Sunderland Stadium of Light had been in use for a couple of years (and a housing estate built on the old Roker Park), few people were interested in even talking about the old place. I just hope that Cardiff do as Sunderland did, save some of the best bits of memorabilia and take them to the new place.

This will be collectable one day. A classic.

A lolt of ghosts will go as well !!