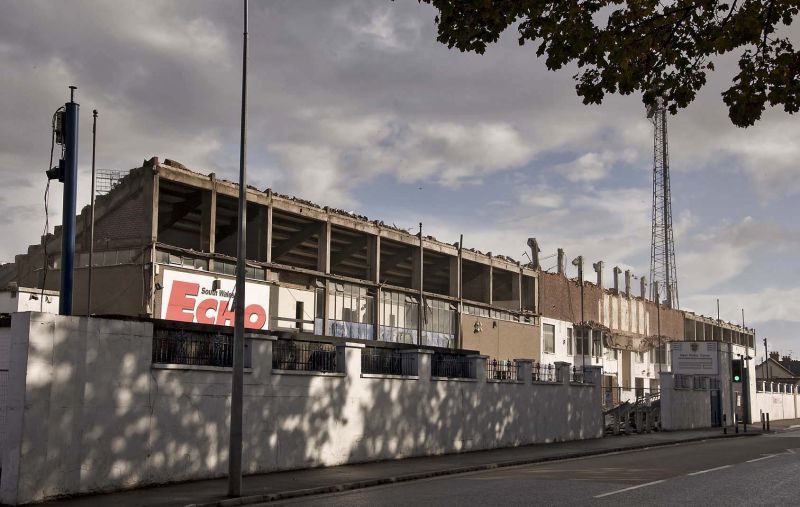 The roof has now been removed (on Thursday, October 22nd). The grandstand looks very strange without a roof. Very continental. Shame we do not have the weather!

Cardiff City Football Club had moved to a new stadium across the road from Ninan Park in July. Ninian Park is now being demolished to make way for a housing development.

Sad day for me as I have been going to the ground since the early 1970s.

Sad to see,abit of history being destroyed !!

@Anthony Morgan Lambert: Yes - they call it progress. Shame all new stadia are very similar. They have outsourced catering to Compass at the new stadium. Everything is more expensive.

Did they sell any bits off to supporters ? ?

@LESLIE: They had an auction via the internet. Seemed quite popular. Did not buy anything myself. Some seating has been sold to various clubs (Exeter City were one; floodlights sold to Ebbw Vale Rugby Club).

What are they going to develop at that site? Just another industrial area - or expensive residential buildings?

Oh, they want to build a gated community. Tsk.