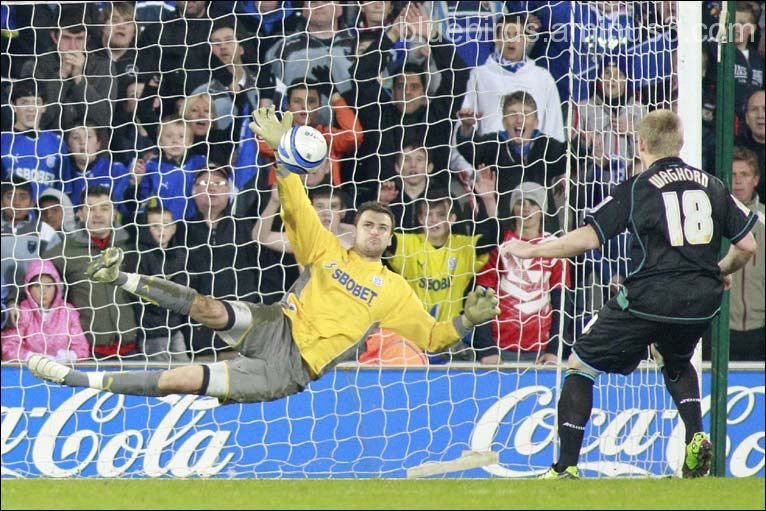 Posted by Philip (South Wales, United Kingdom) on 13 May 2010 in Sport & Recreation.

The save that got us there from a BBC photographer. I did take some photos of the after match celebrations with my wife's iphone but obviously not of the penalty shootout itself........to nervous!!!!!!!!

In case you're totally confused and wondering what is he on about.......well I support Cardiff City Football Club in the Championship which is the next level below the Premiership in England. The sides that finish between 3rd and 6th play each other with the winner getting promoted to the Premiership. We have not been in that division for 48 years! We won our semi-final tonight after extra-time and penalties so we now play Blackpool in the Final on 22nd May. Can't wait!!!!

Deserved place in the final.
Even as a red (but still a Welshman) this was one of the best and most nerve racking games all season.

You are forgiven for not using the iphone!

@MadScientist: Yes you have to admire professional photographers.

I know just what your in about Phil !! I´ll be watching the play off final online from here in Germany !!

Well damn, a South Shields lad having a bad day.
Never mind Waghorn, your time will come (hopefully in a red and white shirt).

@Curly: He's a good player though did not have much chance to impress in 2nd leg as came on late in the game. Played well in the first leg.