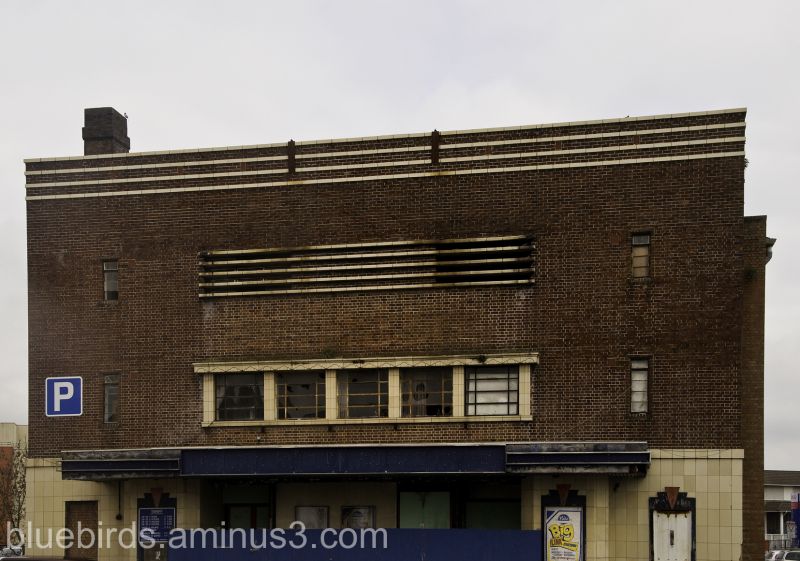 An example of our culture whose 'innocence' has been long lost.

This 1300 seat cinema was opended in 1939. It was designed in an Art deco style, the facade is mainly brick, with a row of windows over the entrance, above which are four slender bands in white stone. Inside the auditorium seating was provided as stalls and a circle. The Embassy Cinema was independently operated by the Issacs family. It is a good example of the work of the architect David Evelyn Nye.

I remember it from the 1960s when I saw 'Jungle Book' with my parents as a small boy. I remember waiting in the 'upstairs' waiting room as it was so busy we could not get in the first 'sitting'. I remember the childrens Saturday morning shows and the double bill intermissions when the ice cream lady walked up and down the isles with her over priced ice cream. I queued up to see 'Quadrophenia' and 'Tommy' and I remember the 70s Bruce Lee films that were shown as double bills on Saturday nights.

It has been empty since the late 1990s and there are plans to demolish to build a totally faceless car park. Says it all about modern Britain and Bridgend in particular.

I take it were are of a same age Philip (or there abouts) I remember going to our local cinima with mates to watch the "Bruce lee" double bill (and running down the street afterwards yelling and kicking like mad things) We had 2 of these "old style" cinemas in my home town of Pembroke dock and another in Pembroke next door.Star Wars,Sindbad,Spiderman we watched them all !! Such a damn shame that "Multiplex´s" have taken over and the wonderful special feeling of going to watch a film has been replaced by sterile big business !!!

These places were so strongly and simply built that they do lend themselves to changed uses without destroying the exterior . . hope it can happen here.

Says also something about today's cinema culture. Same situation here, even Berlin's boulevards have lost most of their movie palaces.