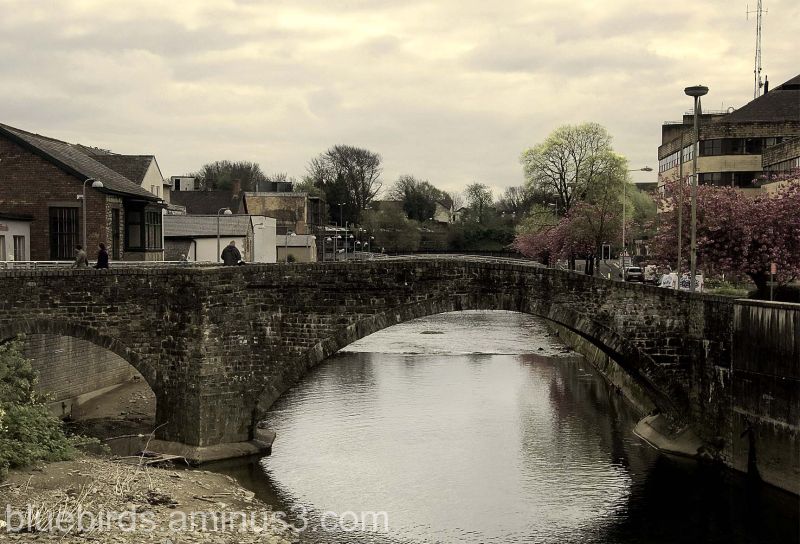 Bridgend or 'Pen-y-bont' in Welsh was where I grew up. It is a town between Cardiff and Swansea in South Wales.

This is the old bridge which gives the town its name.

It did have a good rugby team but it is now only semi-professional as regional rugby is played in wales. I once saw Bridgend beat Australia 9-3 at the Brewery Field (name of Bridgend's rugby ground). To see that result on the television was a bit surreal!!

Bridgend also once had a team in the English Southern League (a couple of leagues below the professional leagues). I saw a very out of shape Jimmy Greaves play for Barnet at Bridgend in the late 70s. The team now play in the Welsh League first division (one division below the top Welsh Premier League).

Forgive me for my ramble but I thought it more interesting than general facts that can be copied from the internet.

Enjoyed the ramble, and the shot!

Now your ramblings are on the internet, you can be sure someone will copy-paste them in years to come and hope no-one asks who was Jimmy Greaves ! Amazingly, I see he is now aged 71.

I used to follow my local football team (Pembroke Borough) way back then,and the one thing I remember about Brigend was they always seemed to have a very tall forward line,and it was always a good match when they came down...It's raining outside and i'm relegated to the PC for the day so it was nice to see a little bit of Wales pop up. ;>)

@Jeff: At the time, they were called 'Everwarm' as they were sponsored by a local heating company. I remember many an away fan complaining that they had spent hours looking at the map of South Wales trying to find where 'Everwarm' was!!!

I can feel the atmosphere of the shot.