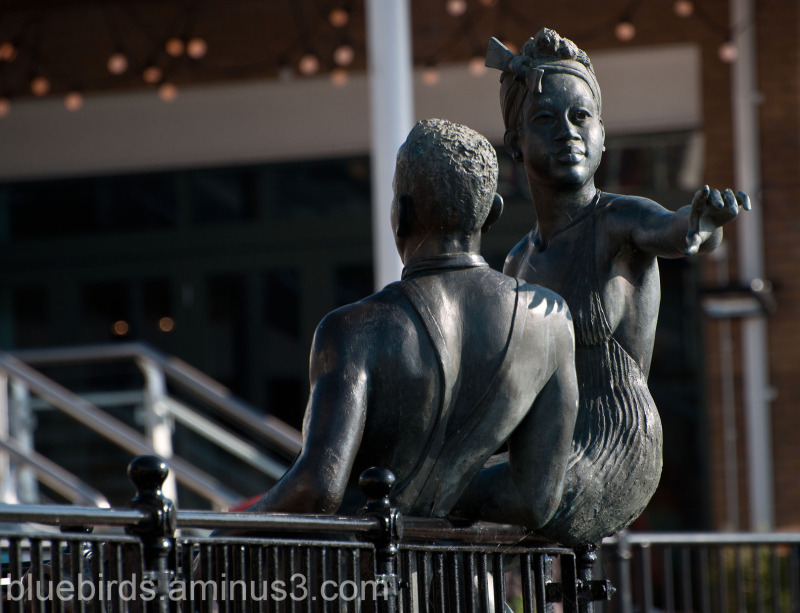 This 1993 Jon Clinch sculpture represents the ordinary people who lived and worked locally in Cardiff Bay (or Tiger Bay as it was known locally) in the late 19th and early 20th century. It was a multi-cultural area with in the region of 50 different nationalities.

The left arm of the woman is outstretched, pointing out towards the water of Cardiff Bay.

This angle does not show the dog which forms part of the sculpture or the wrapped up Daily Mirror which the dockyard worker is holding.