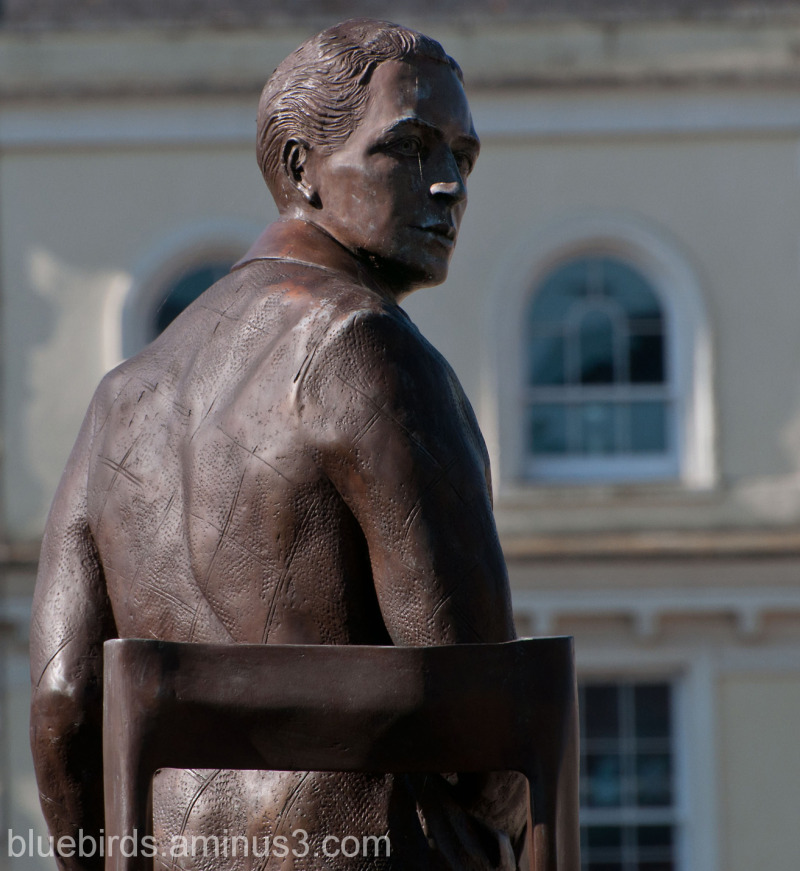 The 7ft bronze sculpture, depicting the actor and composer at work is in Cardiff Bay.

Born David Ivor Davies in 1893, Novello was one of the first film stars of the early 20th century.

He was equally successful as a stage actor, but his talent shone brightest in his song writing, musical plays and comedies.

I never knew all that. A multi-talented man

Nicely poised and documented. If he was Welsh shouldn't it be Ifor? :)