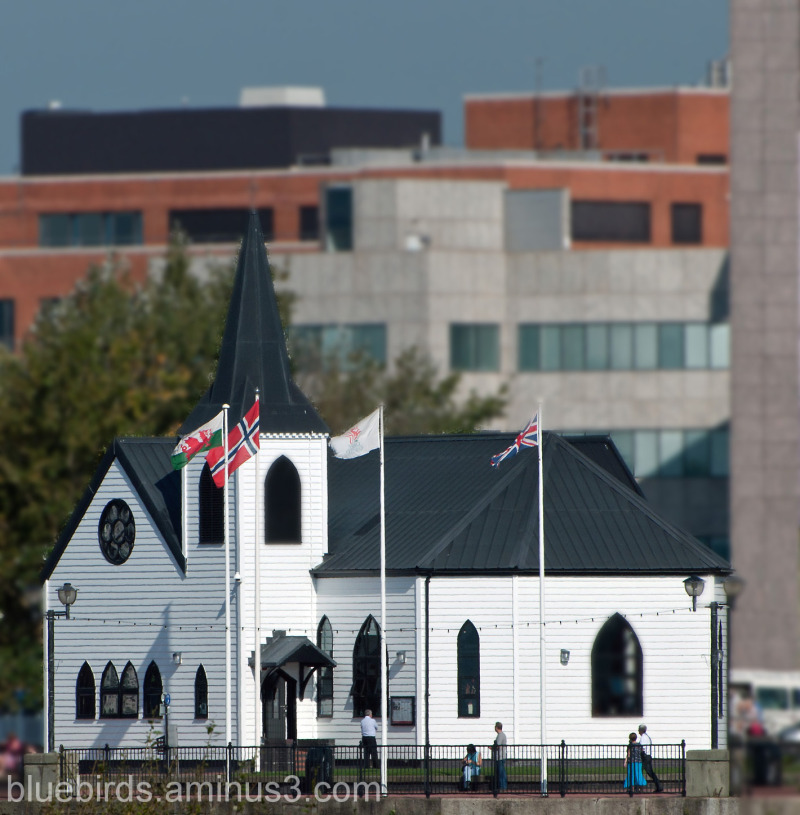 There was a lot of building clutter behind this church so I added a bit of Gaussian Blur. Made the church a bit 'toy town' but you cannot have everything in life!!!

The Norwegian Church was formerly a place of worship for the Norwegian community in Cardiff. In the 19th century, Cardiff was one of Britain's major ports. The Norwegian merchant fleet at the time was the third largest in the world, and Cardiff became one of the major centres of its operations.

Sjømannskirken – the Norwegian Church Abroad organization, which is part of the Church of Norway – established a church in Cardiff Bay in 1868 to serve the religious needs of Norwegian sailors and expatriates.

Cardiff-born writer Roald Dahl was baptised in the church.

The building is now used as an arts centre, and is known as the Norwegian Church Arts Centre.

The church was moved as part of the Cardiff Bay Re-development, having originally been situated where the Wales Millennium Centre now stands.

I thought you had gone tilt-shift here and it sure looks like a scale model . . . curious how we get deceived by that effect.