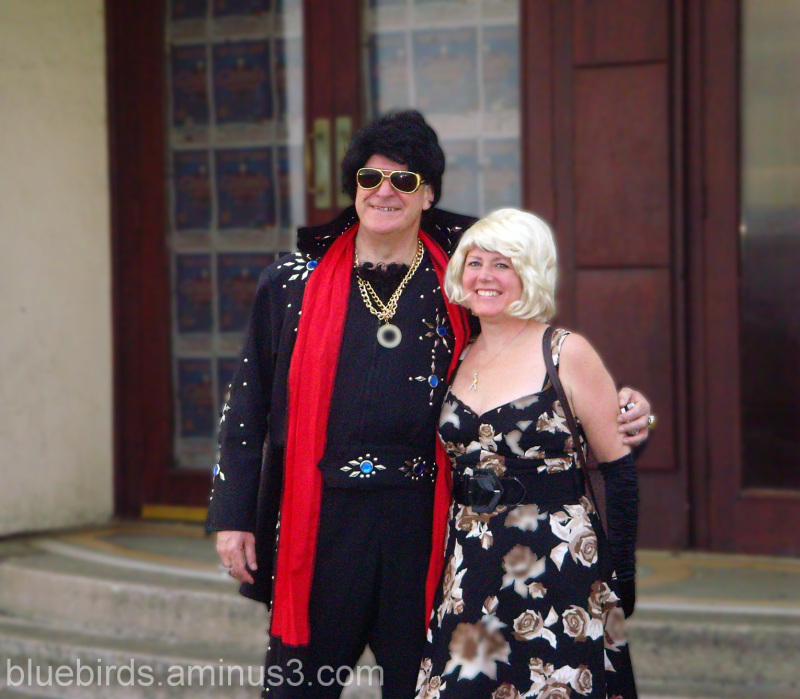 Elvis and his Girl?

Elvis Aaron Presley only had one wife, and her name is Priscilla Presley.
Thank you, thank you very much.

However, many other women claimed to have had some romantic dealings with Elvis:-

June Jaunico: “We got so wrapped up in kissing on our very first date – nothing too sloppy, it was marvelous – a little pecking here and there, a little nibble here and there, then a serious bite.”

Wanda Jackson: “In the early part of ’56, he gave me one of his rings… We stood by his car and he asked me to be his girl… I had a crush on him, and being able to know him and know his heart made me admire him a lot. So, I said I’d be his girl.”

Raquel Welch: “One of his guys came over and said, “Elvis is having a little party at the house, and if you’d like to come up…” I had a very strict upbringing, and I didn’t like the setup, so I didn’t go.”

Mary Ann Mobley: “Elvis and I felt a common bond, coming from Mississippi. He thought I understood him… This is an odd thing to say about Elvis Presley, but it was like I was working with my brother. We never dated.”

Jo Smith: “He loved you to talk babytalk to him, and we had to take care of him and cater to him like a small child… He liked to be put in bed and be told good night.”

Linda Thompson: “But I think it’s wonderful if you can be all things to each other. And he and I were. He called me ‘Mommy.’ And he was like my father at times. And we were like brother and sister at times, and we were like lovers at times.”

Kathy Westmoreland: “My last in-depth conversation with Elvis was just a few weeks before he died. I remember he said, ‘Kathy, what’s it all about?’ And I said, “I think that is for you to find out for yourself.’”

Nice wig(He's got on, not sure about her!)

Don't rate her wig either !

It would be pretty funny if they weren´t wigs !! Great research into the subject as well !!