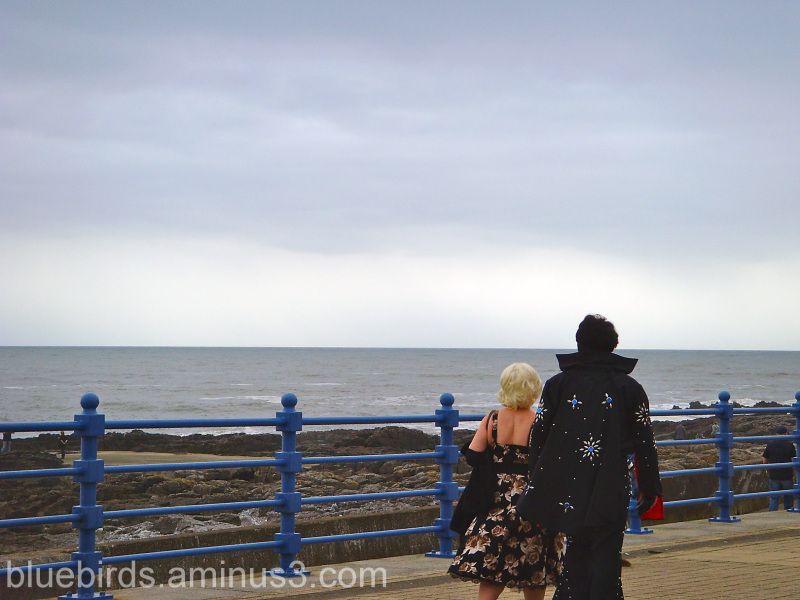 Elvis has left the building

"Elvis has left the building!" is a phrase that was often used by public address announcers following Elvis Presley concerts to disperse audiences who lingered in hopes of an encore. It has since become a popular culture catchphrase and punchline.

It was first used by promoter Horace Lee Logan on December 15, 1956, to plead with concert goers not to leave a concert hall to try to see Elvis as he left and instead remain to see the other acts on the bill. The full quotation was "Please, young people. Elvis has left the building. He has gotten in his car and driven away. Please take your seats."

love the colour matching of the ramp and the decoration on the coat , nice shot, very atmospheric