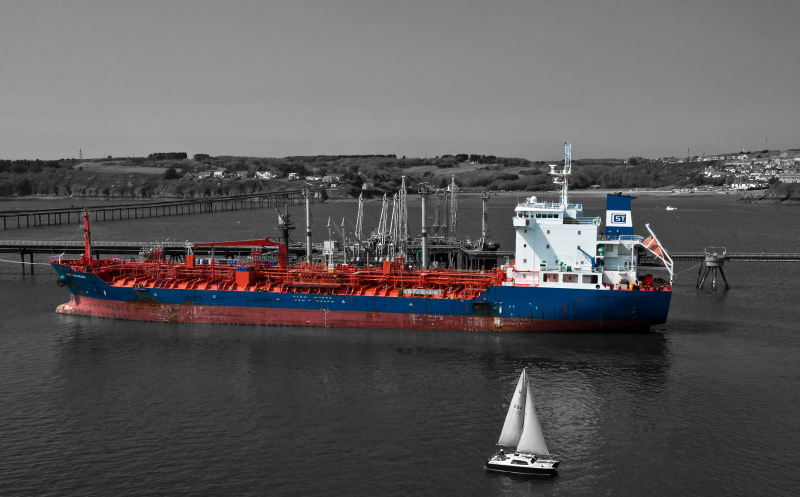 Posted by Philip (South Wales, United Kingdom) on 2 July 2012 in Transportation and Portfolio.

Based at the port of Manrovia which is in the West African nation of Liberia.

This is a chemical/oil tanker which was built in 2008. It has a tonnage of 8,539. It also has an average speed of 11.3 knots which seems to be the norm for these sort of vessels.

As at 16th June 2012 the ship is currently in the Norwegian Sea after docking at Oslo.

Taken from the Isle of Innishmore Ferry.

The work in desaturating the colour was worth it.

@Nigel: Thanks. Gets rid of the clutter round the ship or at least that was the idea!

Superb. I love the b & w photos with a touch of color. Great Job.

The trip down my old local waterway carries on.I hope it continues out past St.Annes head and into the Irish sea !!??

@Anthony Morgan Lambert: May be if you're good :)